Thirty years ago this week Underwriters' Report (California) did an article on the man that provided guidance, education, motivation, opportunities and rewards to Midland Claims' President, Michael J. Marsh. The man: Michael A. Galati. 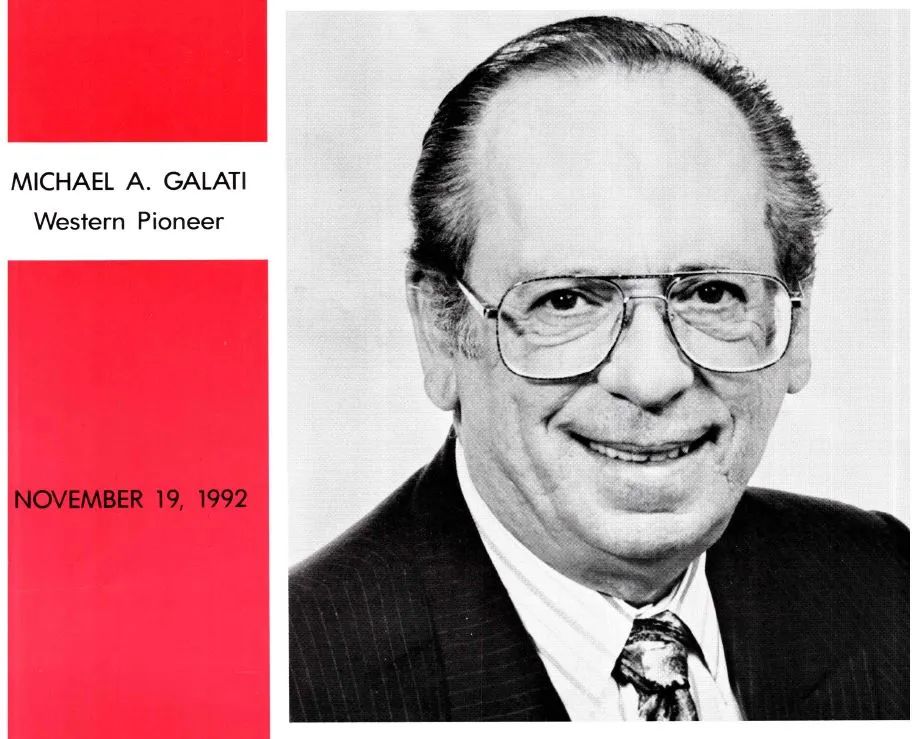 Much of the foundation of Midland Claims comes from the decades experience that Michael Marsh had with Mr. Galati. The principals learned by Mr. Marsh from his father early in life (he literally grew up in Midland Claims) were cemented and fine tuned in his experiences with Galati. The principals include honesty, integrity, rapid and forthright communications, treating injured people as we would like to be treated (as humans and not numbers or 'claimants'), proper and accurate reserving methods and highly efficient claims operations through implementation of the latest technology peppered with a strong dose of common sense.

An example of how these concepts were brought to life, put into action, was how to deal with workers in the workers' compensation system that either did not speak English or for whom English was a second language. While we had comp claims in 6 active states, we had 'run off' claims in 35 states.  We were based in Rancho Dominguez, CA, a small industrial city just south of Los Angeles. The great majority of our new workers' compensation business was written in the Los Angeles basin.

The number of different languages that we were challenged with in the claims process spoken by our recovering workers was daunting. The claims department had bilingual folks that spoke English, Spanish, Chinese and Tagalog. That left about one in every twenty recovering workers that spoke an unsupported language. Without someone internally to speak directly with the worker in their first language, we had to retain the services of an interpreter. Remember, this was the late 1980's, there was no Zoom or other internet/cloud tool for connecting folks. It was either get the car and go see them, or talk with them on the phone. The telephone-based communication was cumbersome and fraught with confusion, errors and in some cases attorney involvement when there were language issues.

Mr. Galati, who was raised and learned the claim trade as a Glens Falls Insurance Company field adjuster in the Brooklyn, New York, understood that face-to-face conversations almost always led to better understanding between the adjuster, the employer and the worker. At his urging, we began hiring non-adjusters in the claims operation. It was in the late 1980's that we first implemented Benefits Counselors in the workers' compensation claims process.

Benefits Counselors were involved with every claim that Adjusters identified as potentially beneficial. All Benefit Counselors' job were to go TO THE HOME of the worker, meet with them on the couch or at the kitchen table, and explain IN THEIR NATIVE LANGUGE what the work comp system had in store for them, what they could expect of the process and how resolution was to be obtained. It was the team of the Adjuster and the Benefits Counselor that helped move recovering workers to the point of recovery and moving on with their life outside of the workers' compensation system.

Mr. Galati's lessons in claims management were straight forward: find a simple to implement and administrate method to address a need in claims, fund it, and keep the Adjuster and recovering worker's focus upon the healing and claim resolution. The implementation of Benefits Counselors was one of hundreds of processes which we put into place in the 80's and 90s'.

We at Midland Claims Service, Inc. and Industrial Injury Claims® have done our best to continue that practice in our operation in Montana for the past 20 years.  Our primary slogan was created with this in mind:

Mr. Galati went on to become the President of Western Pioneer Insurance Company, then moved to the independent producer industry. He always found a way to help those that supported the concepts discussed. Along the way, Mr. Galati made many, many professionals into successes along the way. We will never forget the positive lessons about claims and life that we learned from a man that positively impacted the insurance industry.

Takeaway: Lessons of thirty years ago are more important today than ever.

Below is the article that appeared in the 11/19/1992 weekly magazine, Underwriters' Report about Mr. Galati and his move to become President of Western Pioneer Insurance Company. 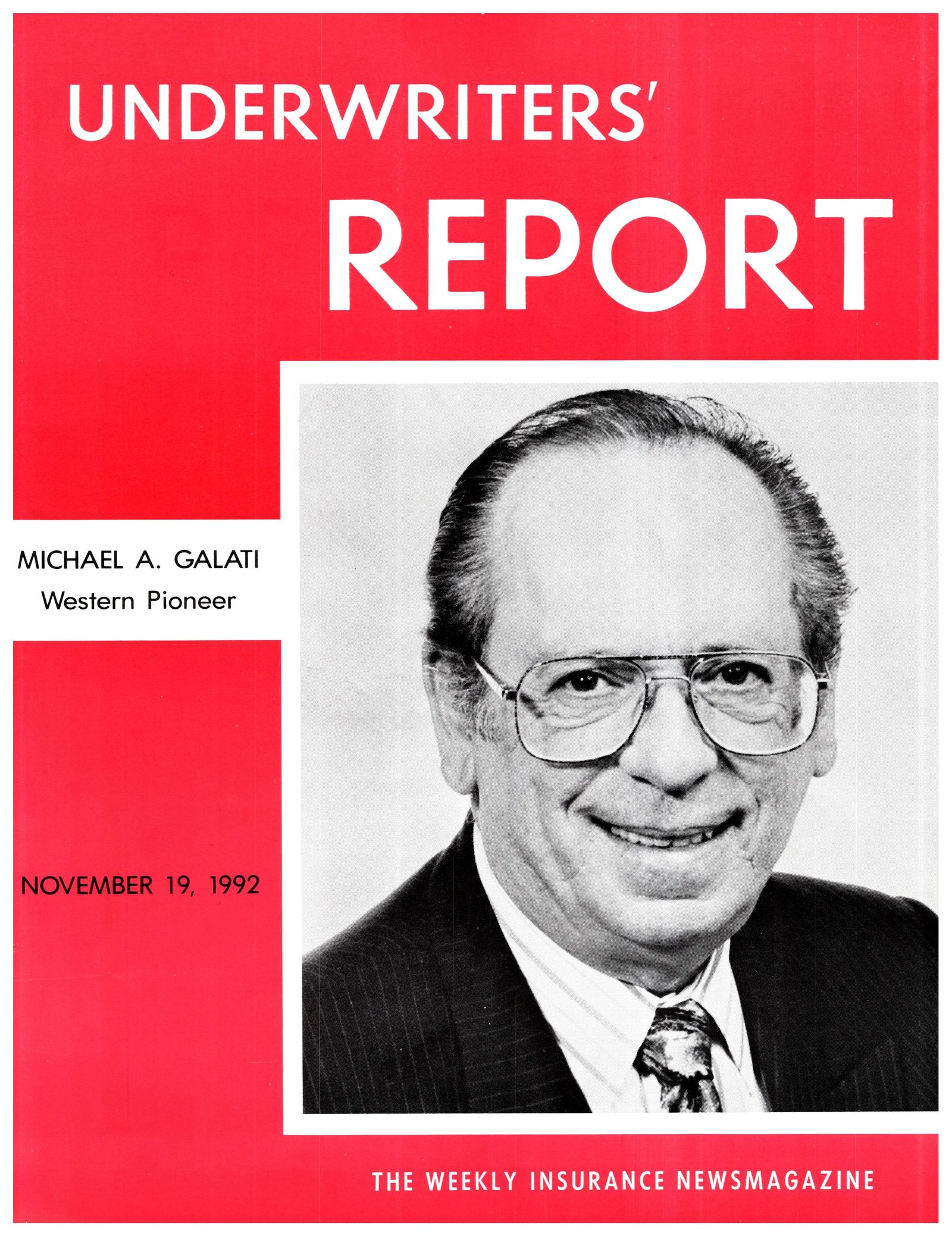 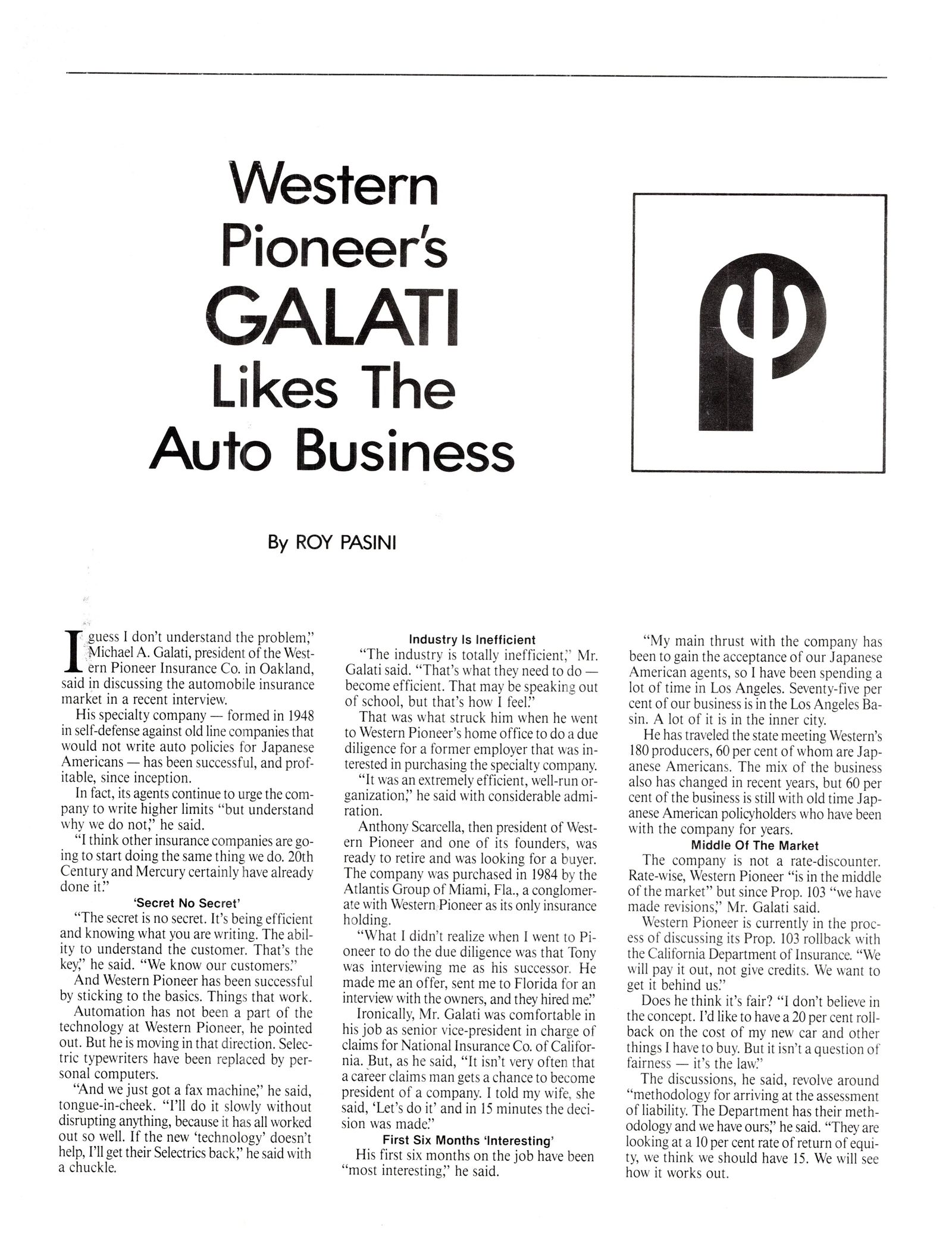 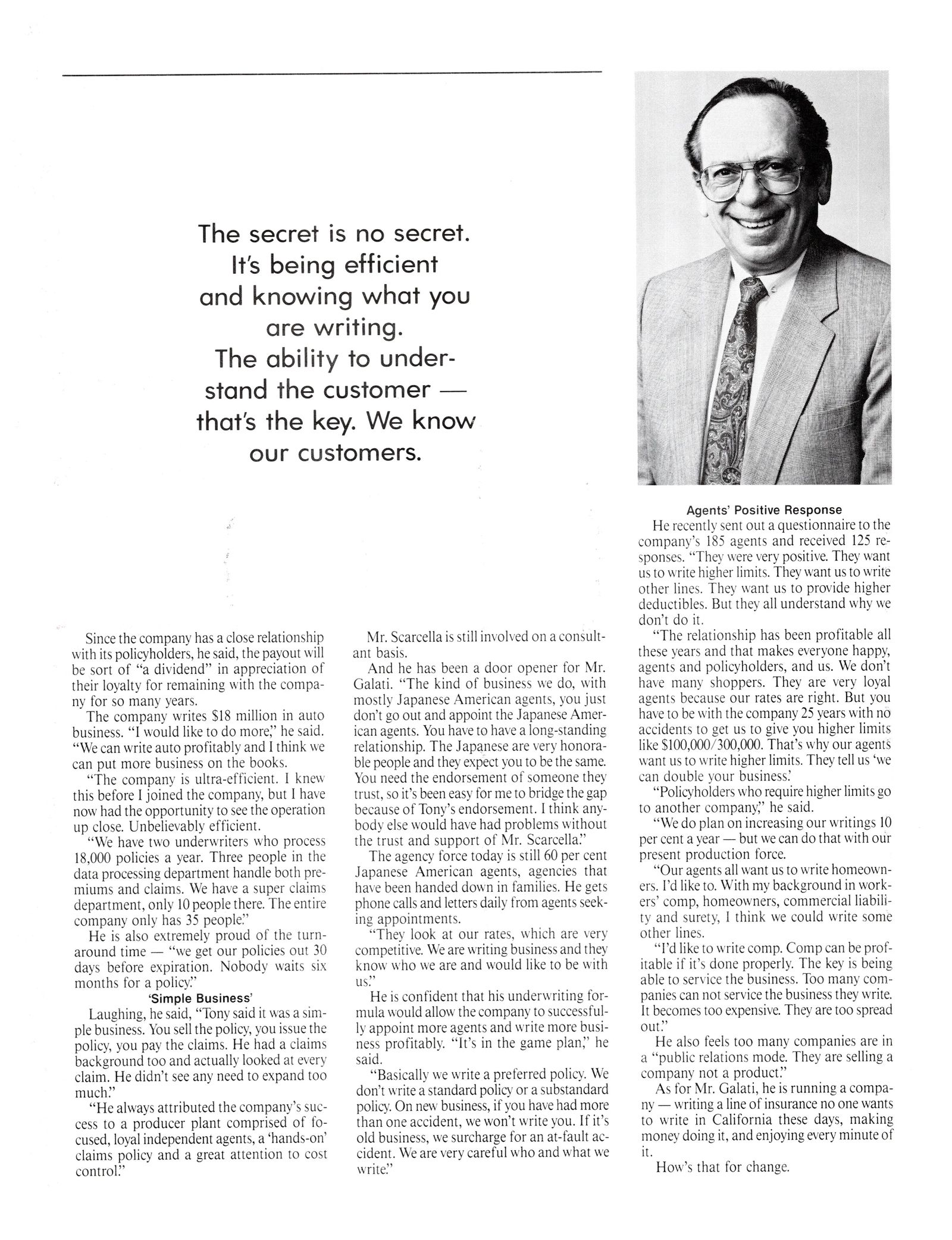 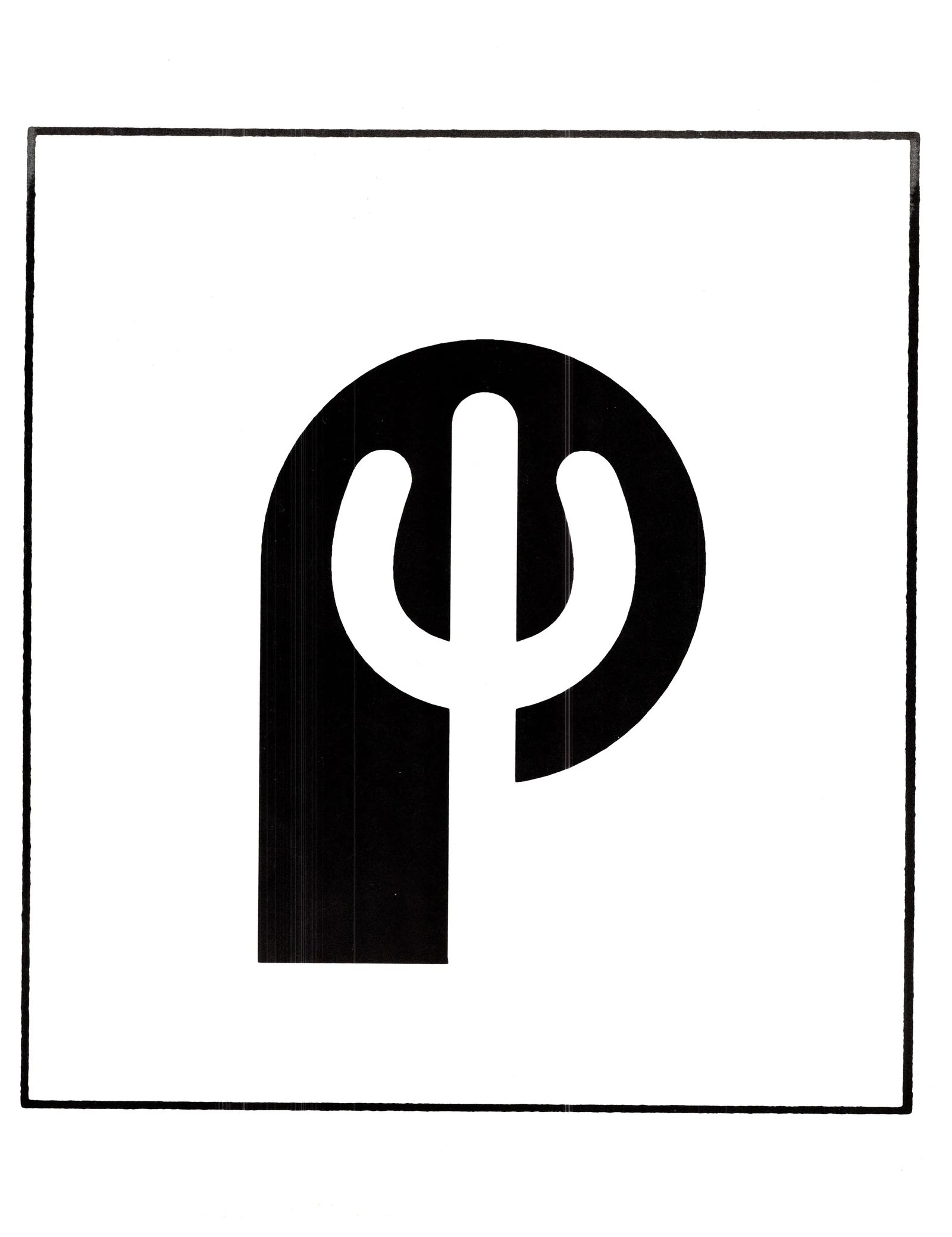